When filing a workers’ comp claim for electrician injuries, it’s best to consult with an experienced workers’ compensation attorney. If you’ve been hurt in an on-the-job accident or have become ill due to workplace conditions, the attorneys at Joye Law Firm are ready to assist you.

Contact us today at (877) 936-9707 to schedule a free case evaluation. We have offices located in Charleston, Columbia, Myrtle Beach and Clinton, SC and handle cases throughout South Carolina.

Working with electricity poses a risk. Contact with a live wire can cause electrical current to move through the body. On-the-job injuries for electricians include shocks, electrical burns, broken bones and more. Electricians and electrical helpers are frequently exposed to hazards. Even the most experienced electricians who take safety precautions may sustain one or more work-related injuries during their career.

These are the most common electrician injuries we see:

From the first day I walked in there, I felt like I was in the right place. They really cared about me, and I won’t forget that.

I thank God there are lawyers out there willing to fight for employees in situations like mine.

Electrician work injuries can occur under many circumstances. Although most electricians take precautions, they may still suffer on-the-job injuries.

Some of the most common electrician injuries involve:

Exposure to Live Electrical Currents
Working with electricity means being exposed to risks on a daily basis. It only takes a brief exposure to energized wiring or currents to cause severe injury. Currents above 10 milliamps can paralyze muscles so that an electrician cannot release a tool or wire, resulting in a longer exposure to the shocking current.

Arc Blasts
An arc blast is an electrical explosion that often occurs when an improper connection is made. A tremendous amount of energy is released during these explosions, generating extremely high temperatures. Arc blasts also produce a loud noise from the explosion.

Falls
Many electrical jobs require workers to perform wiring in high locations. High voltage can cause muscle contractions and may cause an electrician to lose balance and fall. The electrician may suffer severe or fatal injuries when working at heights.

Trip-and-Fall Accidents
Electricians are also at risk of fall-related injuries even on the ground. It’s common for work sites to be littered with dangers and bulky equipment. Even with safety precautions, workers can trip and sustain broken bones.

Overexertion and Repetitive Movements
On an average work day, electricians might have to repetitively perform the same task. They also must hold the same position and operate power tools for long periods of time. Overexertion and repetitive movements can lead to workplace injuries.

Exposure to Asbestos
The risk of asbestos exposure increases when electricians have to work on buildings that were constructed prior to the 1980s.

Darryl was a busy electrician. He had an established career and a great reputation. He prided himself on his ability to take care of his family through his hard work. However, one day that ability was taken away from him.

Despite a rigorous commitment to safety, what should have been a straightforward wiring job turned into a freak accident. Within seconds, electricity was racing through Darryl’s body, tossing him backward onto a concrete floor.

Darryl was rushed to the hospital in an ambulance. He would face a long recovery, including the need to surgically repair some of the damage that was caused. While Darryl was happy to be alive, the back of his mind was rattled with fears about his future prospects and his ability to take of his family. Would he ever return to the career he worked so hard to build? Fearing for his future and his family, Darryl called the Joye Law Firm. He began working with Atty. Matt Jackson. Darryl felt reassured with Matt’s experience and the solid reputation of Joye Law Firm’s workers’ compensation team. Once unleashed, Matt fought tenaciously against the insurance company and their lawyers to make sure that Darryl could secure the future medical treatment he’d need and the financial compensation necessary to take care of his family. Matt and his team also worked hard to make sure that Darryl’s recovery and treatment wouldn’t damage his ability to receive Medicare benefits in the future. Protecting a client’s Medicare benefits is a serious, but often overlooked task when dealing with inexperienced workers’ compensation lawyers.

Although he wishes the incident had never occurred, Darryl and his family were able to take comfort in knowing his medical and financial needs were secure thanks to the six-figure settlement Matt was able to negotiate on their behalf. Now, he doesn’t have to worry about how this freak accident could have caused physical and financial ruin and can instead focus on continuing his recovery and enjoying his family.

After suffering an injury on the job, choosing whether to hire a law firm can be a difficult decision. Once you decide to make the move however, choosing the right attorney can prove just as difficult. If you’ve suffered a work injury caused by electricity, we urge you to seek out experienced counsel, even if it isn’t through our law firm.

Do I Have to Sue My Employer to Receive Workers’ Comp for Electricians? No. Workers’ compensation for electricians is not based on fault, so there is no need to prove anyone was at fault. Employees who sustain workplace injuries are entitled to workers’ compensation benefits regardless of who caused an accident. In South Carolina, you typically cannot sue your employer for a workplace accident.

There are situations in which you may be able to file a personal injury lawsuit against a third party. For example, if you are an electrician employed by ACME Electric, and a factory contracts ACME Electric to replace faulty wiring and you suffer an injury while working at the factory, then you may have a legal claim against the factory owner if your injury was caused by the factory owner’s negligence. If you were harmed due to defective equipment at the factory, then you may be able to file a lawsuit against the manufacturer. Before considering legal action, you should have a knowledgeable workers’ compensation attorney evaluate your claim and who may be liable.

Yes. Workers’ compensation is an insurance purchased by employers to protect injured workers. If an electrician is injured on the job, he or she can access workers’ comp benefits by reporting the injury and filing a workers’ comp claim.

How A Workers’ Compensation Attorney Can Help You

When you choose the legal team at Joye Law Firm, we will:

Check out the testimonials from former clients about the service they received from Joye Law Firm, then give us a call. To schedule a free consultation, contact us today at (877) 936-9707. We are proud to serve many locations throughout South Carolina, including Charleston, Columbia, Myrtle Beach and Clinton. 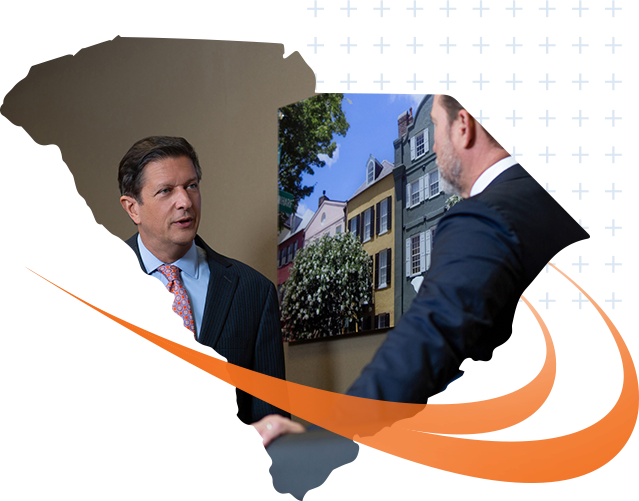