NuvaRing Side Effects and Complications 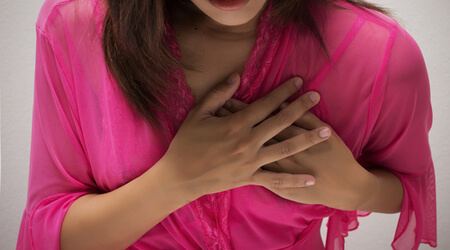 Although the manufacturers of NuvaRing claim that the device exposes a woman to lower levels of hormones than traditional birth control pills, some experts argue that because the hormones are released directly into the bloodstream, the opposite is actually true — that a woman is exposed to higher levels of hormones.

This may be a contributing factor to the serious, even fatal, side effects and complications that have been reported by many users of NuvaRing. The U.S. Food and Drug Administration has received over 1,000 reports of serious or fatal injuries linked to the use of NuvaRing.

Commonly reported side effects or complications associated with the NuvaRing include:

Many of these reported complications are thought to be the result of the hormones released by NuvaRing.

Hormones introduced into the body can change the way blood coagulates, allowing clots to form more easily. When this occurs, numerous potentially fatal events can result.

A blood clot can travel through the body and become lodged in one of the arteries that supplies blood to the brain. That, in turn, can cause the brain to become oxygen-starved, which can lead to a stroke, embolism and permanent brain damage. In some cases, death can even occur.

A blood clot can also cause similar damage to other parts of the body, causing serious injuries that a victim may have to live with for the rest of her life.

While the manufacturers of NuvaRing advertised it as being as safe as traditional birth control pills, the FDA, The British Medical Journal and The New England Journal of Medicine have all released reports indicating that the risk of a woman’s suffering a blood clot as a result of using NuvaRing could actually be as much as 90 percent higher than that of a woman who uses traditional birth control pills.

Suffered a Nuvaring Side Effect or Complication? Our Lawyers Can Help

If you are a NuvaRing user and you believe that you have suffered injuries, negative side effects or complications as a result, you could have a right to compensation. To find out what legal options you have, consult with a South Carolina NuvaRing lawyer today.

Call Joye Law Firm at (877) 936-9707 or fill out our online contact form for a free, confidential claim evaluation and consultation.